Drugs and Alcohol: What to Do If You Are Falsely Accused

Finding yourself in a situation involving drugs and alcohol can be extremely stressful, especially when eyewitnesses mistakenly identify you and wrongfully accuse you of a crime you have absolutely no participation in.

In some cases, despite rigorous investigating procedures, people are falsely accused due to misleading and faulty forensics. False evidence can alter the investigation results and lead to an innocent person being arrested for a crime they didn’t commit.

Unfortunately, during difficult times, like the pandemic, a person is forced to cope with their situation with the use of illegal substances and alcohol. In some instances, these individuals live with family or friends, who are put to risk of being tagged as an accomplice or an accessory to the crime since they live in the same house as the person in question.

With this in mind, here are two ways to protect yourself from being mistaken as an accomplice or an accessory to a drug or alcohol-related crime.

During troubling times, the tendency for a person to turn to drugs to cope with financial instability is higher than when they have a secure and stable job. Unfortunately, these individuals often share a home with other family members or friends who are equally struggling due to the current situation.

The presence of a controlled substance in a shared space—whether it’s a home or a room—can put everyone living in it in question and is at risk of being wrongfully accused. A simple case of drug possession entails a fine of up to $100 and jail time. It will also leave a conviction case on your criminal record, affecting your ability to find a job in the future.

Imagine if this happened to someone who had no participation or role in the drug possession at all. In this case, a drug crime attorney can help create a solid defense for a drug possession charge and prevent the wrongful conviction of innocent parties.

It’s worth noting that drugs include prescription drugs that can cause injury or death due to overdose when taken beyond the prescribed amount.

Lending someone money to purchase drugs, accompanying them to meet a dealer, or being in the same location when an overdose occurs can put the innocent party in a bad situation and include them in the list of suspects. The innocent person can be convicted even if they are entirely unaware of the purchase, the exact identity of the person their friend or family met up with, and the presence of drugs in their location. Not only is the investigation a long process, but it is also traumatizing to the innocent party.

Having a lawyer who can defend and protect them from drug charges will help them get out of the situation with as little negative experience as possible and make them feel protected throughout the entire ordeal.

Riding With Someone Who Is Driving While Intoxicated 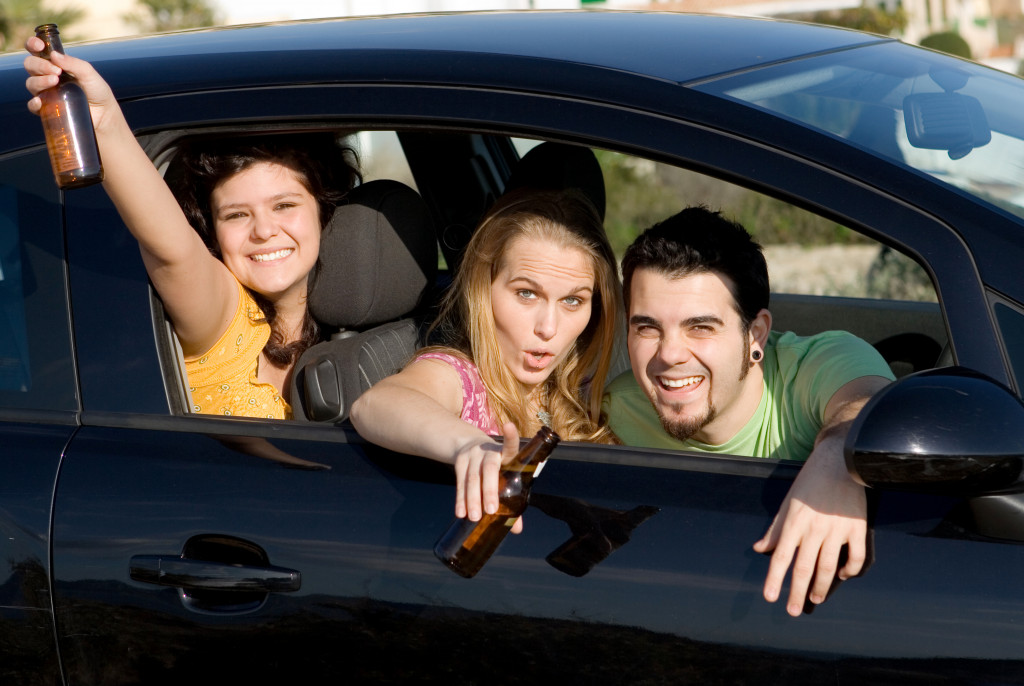 If a person is riding with someone driving while intoxicated (DWI), and the driver gets pulled over, is the passenger liable for a crime? The answer depends on whether they have intoxicated themselves and the laws of the state.

In this scenario, the passenger must remain calm and avoid any misconduct that might lead to a different case against them and warrant their arrest related to DWI. In most cases, a passenger is treated as a victim in the situation and may be considered a key witness.

As such, the police officers may ask informal questions regarding the drinking and other activities of the driver. The witness can refuse to answer questions without a lawyer. Remember that anything that a witness says can be used against them and the person directly involved in the case.

It is important for the passenger who is being questioned as a witness and the driver being charged with a DWI case to have a lawyer by their side who can guide and help in both situations.

Having a lawyer present in these circumstances can prevent the innocent party/witness from getting entangled in the case due to misleading evidence or incorrect information reported about the case. Likewise, a lawyer can protect the person’s rights charged with DWI and help resolve the case the best possible way.

If you, any of your family members, or friends find themselves in either of these situations, call a family member to tell them your whereabouts and contact a lawyer as soon as you can.