The Iranian Hostage Crisis: a Great Lesson on the Disposal of Confidential Documents

Unless you’re savvy in politics, you might have never heard about The Washington Connection or the siege of the U.S. embassy in Iran in the 1970s (unless you watched the movie entitled Argo). The information that you can get from these, however, highlights the importance of using professional shredding services for your confidential documents.

Iran’s Takeover of the U.S. Embassy

The United States and Iran used to have a robust diplomatic relationship mainly due to its support for Shah Mohammed Reza Pahlavi. He ruled Iran for many years, although he did with an iron fist. Those who opposed him experienced torture or death. It didn’t help that he lived a luxurious lifestyle while many Iranians struggled financially. The anti-Western sentiment and Islamic fundamentalism also increased tension.

By the late 1970s, protests, demonstrations, and riots became common occurrences in the streets of Iran. Ayatollah Ruhollah Khomeini, an exiled Islamic leader, became famous as he called for a revolution in the country. Pahlavi could not take the heat and eventually stepped down, allowing Khomeini to return to Iran to lead.

On 4 November 1979, the tension became a lot worse. Those who protested outside the U.S. Embassy in Tehran climbed the imposing walls and rounded up several people inside, including over 50 American workers. They were held captive for more than 400 days. Six of them escaped and sought refuge in the Canadian embassy.

The Tehran student protesters didn’t just lay siege and watched over the hostages. They also gathered intelligence by painstakingly reconstructing the shredded confidential documents that remained in the embassy. By then, the embassy had been in operations for decades, which meant thousands of documents to piece together. It took them years, but they were methodical using the same technique applied in The Washington Connection. 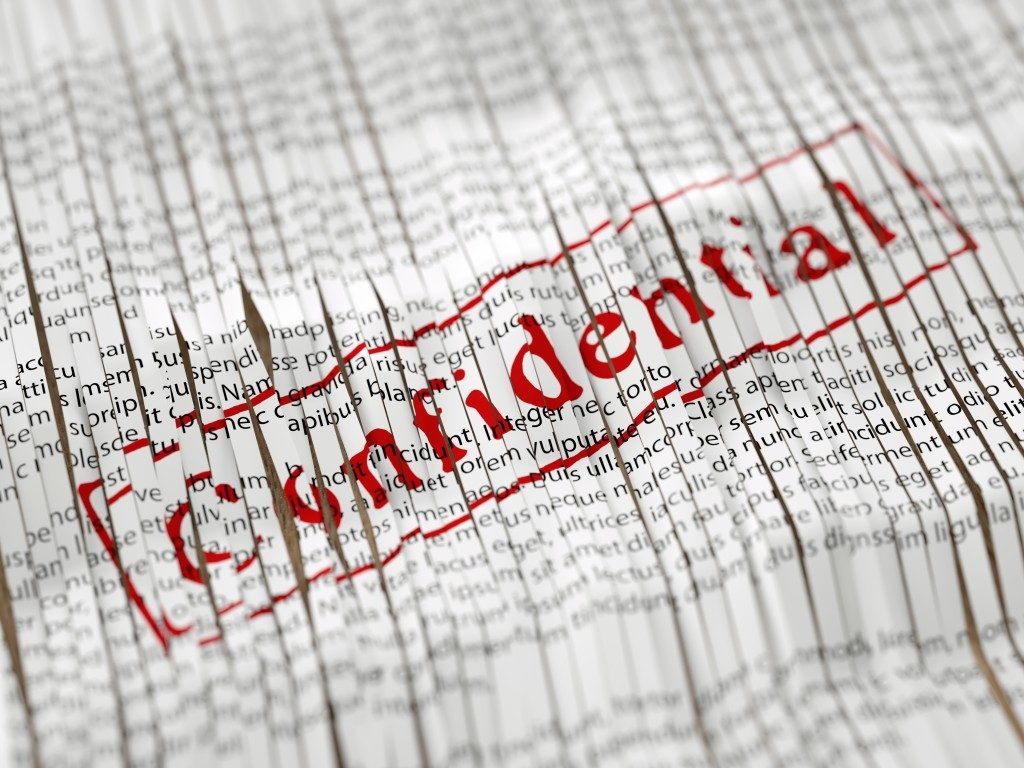 The author Lewis Perdue was an investigative journalist, and during this time, he was exposing the bribery scandal known as the Koreagate. His source of info: hundreds of shredded papers. The book became the Bible for these students, which allowed them to know more about the CIA operations in the country, including the spies.

The hostage crisis is over. All American workers found their way home. The relationship between the United States and Iran was never the same again. One thing remained: the ease of reconstructing shredded documents. The process became a lot better as new software can already do that with greater efficiency and speed.

For this reason, the U.S. government now uses a burn bag for their papers. All classified notes will end up there for burning. Many private companies, however, don’t have a proper method of disposal, which is frightening as over 70% of them produce classified documents weekly.

The possible impact might not be as severe as that during the Iranian hostage crisis, but it can still hurt you where it matters, especially when they end up in the wrong hands.

Think about competitors getting access to documents about prototypes or journalists learning the inner secrets of the business. Those shredded papers can spell the downfall for you unless you know a method of discarding them forever.