The Coworking Phenomenon Has Reached Asia

Just as the coworking phenomenon has swept through the U.S., Europe, and Australia, it is now growing in popularity in several Asian countries. But what exactly makes coworking successful? Why are so many corporations embracing the practice? Let us find out the answers in this article.

Coworking in a Nutshell

Coworking takes the worker or employee outside of the standard office setting and places him or her into a shared office space with a very informal setting. Coworking or shared office spaces will often rent out workstations and additional services for a fee. In the past, freelancers and independent contractors were given an avenue to work away from the distractions of home, and entrepreneurs could make use of workstations and meeting rooms without spending too much capital. Corporations soon adopted the coworking practice, finding it very efficient for short-lived projects and targeted marketing drives. Coworking allowed corporations to set up temporary satellite offices away from their base of operations. They could then have multiple teams operating in multiple cities and performing different duties. This is especially effective for short marketing campaigns or for long negotiations with difficult clients. 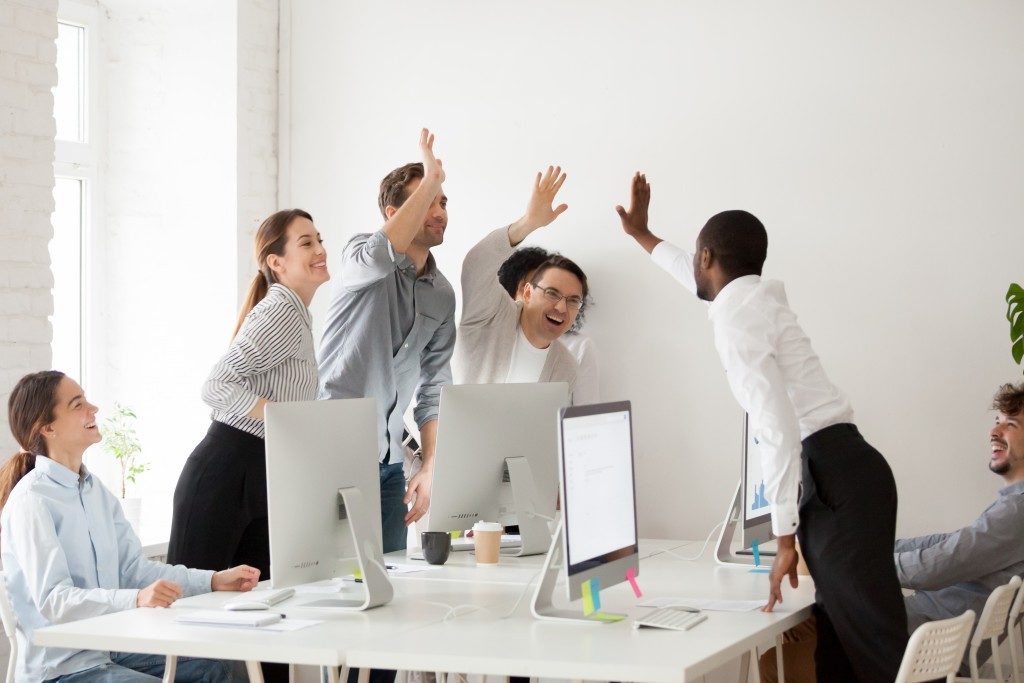 Whether they are freelancers, independent contractors, or your ordinary corporate employee, coworkers have been found to perform their duties better and work more efficiently. Coworkers are also happier than their counterparts working in standard office settings. Shared office spaces are especially ideal for socially awkward workers and employees who feel that normal office interactions are distracting or even stressful. The informal structure of shared office spaces, as well as the lack of supervision, allows coworkers to work at their own space and focus all their efforts on the tasks at hand—no office politics, no office drama. They can take as many breaks as they want or take time to de-stress and refocus to increase their productivity. Instead of decreasing efficiency, multiple unsupervised breaks clearly have a positive effect on work efficiency and output. When output is all that matters, workers devote more effort into finishing their tasks.

Coworking networks in Asia open up wide avenues for business ventures. Singapore is a centre for commerce and one of the strongest economies in Southeast Asia. The Philippines has a population with an excellent grasp of the English language and is a well-known destination for companies outsourcing their voice-based services. Japan, China, and South Korea are leading innovators in technology, often rivalling or surpassing their American and European counterparts. India has a massive untapped workforce and wages, and utility costs are relatively low. Coworking allows companies to tap into the strengths of different countries to meet their various needs. Coworking brands with multiple branches in different countries allow companies instant access to workstations and corporate meeting rooms all around Asia, giving them the ability to dispatch or hire personnel for specific projects in certain regions.

Coworking is a boon for both the individual worker and the large corporation. It gives freelancers a place to practice their trade. It gives companies the flexibility to expand and extend their reach without the massive overheads.