Playing It By Ear: The Role of Music in Work Productivity

As a business owner, you may be wondering whether allowing employees to do this is beneficial to your business’s growth and efficiency. The answer is not as simple as you may think. In short, the effect of music in the workplace depends on many factors: what music they like, how they’re listening to the music, and what kind of music is playing. Find out how music affects work productivity, gauge your employees’ output with or without music, and whether you should allow or ban music in the office.

But before we start, let’s look at what employees and employers consider the pros and cons of listening to music while in the workplace.

Having Music in the Office

With these points in mind, it begs the question: “How exactly does music influence productivity?”

How Music Affects Our Work

As companies slowly begin to transition back to onsite work, it may be harder for employees to get back into the groove after spending months working from home. And with so much time spent in front of a computer, work can easily start to feel repetitive and boring, which can significantly hurt productivity. This is why many people often resort to listening to music to make their work feel less tedious and make repetitive tasks more enjoyable. This is especially true for night shift and solo workers who want to drown out the noise or avoid sitting in silence while working. However, this discussion is not new; it’s been around for longer than many people think.

The link between music and productivity has long been a topic of discussion and debate, as seen in the 1993 study, which coined the name the “Mozart Effect,” suggesting that listening to the works of the classical composer helped improve a child’s IQ. This phenomenon led people to believe that listening to the esteemed composer’s works would make their children smarter. 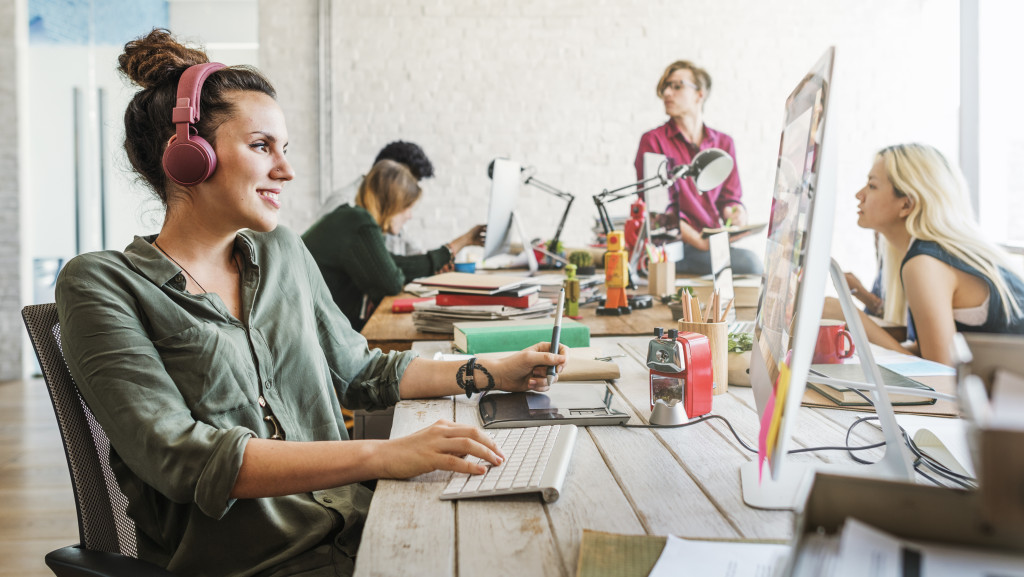 However, this claim was anything but true. In fact, a paper in 1999 revealed that this sudden improvement in cognitive tasks stemmed from the improved mood that the subjects felt while listening to the composer.

In more recent studies, on the other hand, evidence of increased productivity due to music, such as surgeons tasked with more repetitive tasks performing better with the help of music. This, in addition to other similar studies, show that the possibility of music positively influencing one’s productivity and work output is very likely. But while these studies don’t necessarily make a scientific consensus, there seems to be a common denominator among them: music affects productivity.

It’s important to note that even though many acknowledge that productivity is influenced by music, not all types or genres of music aid productivity.

The Productive Playlist: What Works and What Doesn’t

While the music that aids productivity tends to differ from person to person, a few studies have helped identify what types of music one should avoid while working. Among these studies, one of them shows that music with lyrics that are easily understood by the listener, a.k.a pop songs, are more likely to distract the listener rather than aid them in their work.

Listening to these kinds of songs can even be considered multi-tasking, as you are working while processing the information the song is giving you at the same time. On the other hand, instrumental music can have the opposite effect and help you stay productive and focused.

The Final Answer: It Depends

Whether you’re an employer or an employee, the question of whether music aids in productivity is one with a simple yet vague answer: it depends. With the variety of factors that surround its effectiveness on employees, such as personal preference, genre, familiarity, and even the use of different equipment such as Plantronics headsets or even regular headphones, the best way for you as a business owner to see if it can help your business’s growth is by simply trying it out.

Consider allowing employees to work while listening to music for a period and see whether their work output has changed. If it does, you can decide to prohibit or ban the activity in the office. On the other hand, if your employees seem to be more productive, then it wouldn’t hurt for them to jam to their favorite tunes now and then.