How You Can Improve Your Business’ Recruitment Process

Whether you run a new or established business, recruitment is always necessary. You’re going to need to hire people for new positions or to replace former employees, but it can be difficult. You have to put out a job listing that’s enticing and reaches qualified applicants. Afterward, you must also sift through dozens of applications which can take days. Then, you must also interview the applicants to determine if they’re suitable for the job. The entire process can be stressful and overwhelming.

Here are three ways you can streamline your recruitment process:

Use an interview scheduling software to make the entire process much more efficient. After you’ve narrowed down the applicants, the next step is to schedule an interview. There’s typically a lot of back and forth because you have to pick a time that’s suitable for both parties. It’s especially difficult if the applicant is in a completely different time zone. It may be the afternoon for you but the middle of the night for them. There’s also a possibility that you get accidentally double booked. The best solution is to use a software that makes the entire process easier. You can set the time and date that’s good for you while the applicant can pick the schedule that suits them. You don’t have to email each other for days before deciding on a time and date where you’re both free. With just a few taps, you’ve already set up a schedule that works for you and your future employees. 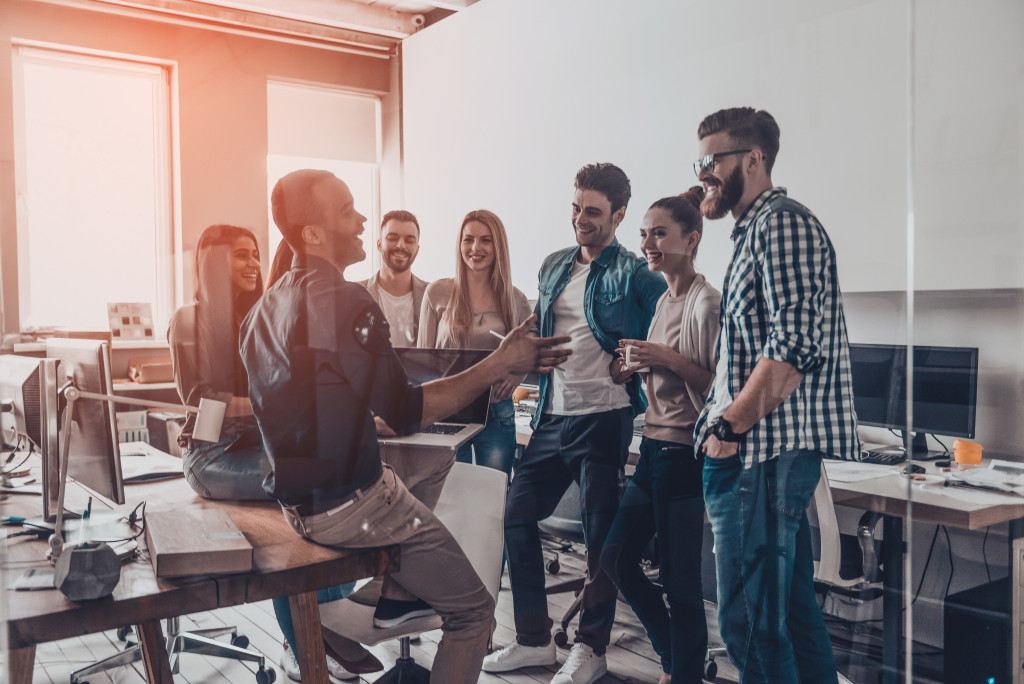 According to the Department of Labor, around 51 million Americans have applied for unemployment benefits since the start of the pandemic. To put it into perspective, the unemployment rate is higher this time than it was two years into the Great Recession. This means that there are more people looking for jobs than ever. If you put out a job listing right now, don’t be surprised if you receive hundreds of applications. Unfortunately, you can’t hire everyone. A bulk of applicants may not have the right skill set or experience the position requires. To make the process faster and easier for you, the best solution is to set up a filter.

You can do so by requiring applicants to take several tests. You can get the aspiring hires to answer an IQ and psychological exams. The rest of the tests depend on the position. If the position is for a social media manager, you can have them answer situational questions about the internet. For example, ask them how they would respond to a negative post on Twitter and Facebook. Another common requirement is a cover letter. It may be seen as a hassle but it can help distinguish the qualified from the unqualified.

Resumes highlight people’s positive attributes. When you have to read through dozens of them, it’s hard to narrow them down. With tests, you only need to check the results and pick the passers. These tests and letters also indicate how serious applicants are about the job. If they’re willing to spend time and effort to apply for the position, you know they’re committed.

When it comes to the recruitment process, it’s not just the applicants who need to put in the work. Businesses must also be effective communicators to effectively reach qualified people and convince them to apply.

You must find the balance between the responsibilities and benefits. If the list of duties is way too long, you won’t receive a lot of applications. You could even go viral for the wrong reasons. On the other hand, if it’s too vague, it won’t be easy for the applicants to find the posting. Be clear and reasonable about the responsibilities you assign. You should also highlight the benefits and the salary to urge people to apply.

Thanks to the internet, there are more options than ever. LinkedIn, Indeed, and Glassdoor are some of the most popular job hunting sites. Each site boasts thousands of regular users. But now, you can also use social media to recruit people. Facebook has launched a feature for businesses where you can post and advertise job postings. Considering the wide usage of social media in the US, it’s one of the best mediums to get applications.

When it comes to recruiting people, it’s important to put yourself in the applicants’ shoes. You shouldn’t expect anyone to do something that you won’t do. It’s unfair and could lead to backlash. It’s also crucial to be a good communicator and respond promptly.